The man from the band of the future…

I’m a traditional kind of guy when it comes to rock bands. A guitar, bass, drums and keyboards kind of guy.  You can make a lot of noise with that line up, a lot of different glorious noises.

Now, it has to be understood, that while I’m often playing a guitar, I’m not a guitar player. Meaning, I can beat the hell out of most of the chords I need, and I can make some disgusting strange noises, but no one with a sane mind is going to call me a guitar player.

In my hands, the guitar is a songwriting tool, a conductor’s baton, a rhythm machine  that let’s me thrash myself into a frenzy. Or, if you want to hear the sound of say, a fuzz box and three delay pedals running into feedback and self-oscillation, I might be your guy.

So, I need a guitar player, preferably a damn good one, who also writes. And they should sing backups, and be the kind of guy you want to hang out with.  And be able to improvise solos on a whim and nod from me. This is a rare thing, I’ve found.

Taste, of course is key.  I want a player who can blow Stooges style solos that make your hair blow back, but can also get slow  and quiet and creepy. It’s a hard role to fill.

I found the guy, finally. In fact I found him years ago. He was from the self-proclaimed band of the future, Blue Mercury Coupe, who were coming to an end. No future there, I guess.  My idea at the time was to have him join the Hangovers, but he had recently started a new band, The Howling Bullets, and so was unavailable to play trashy rockabilly punk rock with me. Unfortunately.

But, sometimes if you just hold on, just wait a while, things will turn around. In this case, you hold on for 5 years, and for a chance meeting at a PJ Harvey show (or was it the liquor store?) and boom - guitar player acquired!

You gotta hear him, if you haven’t already. 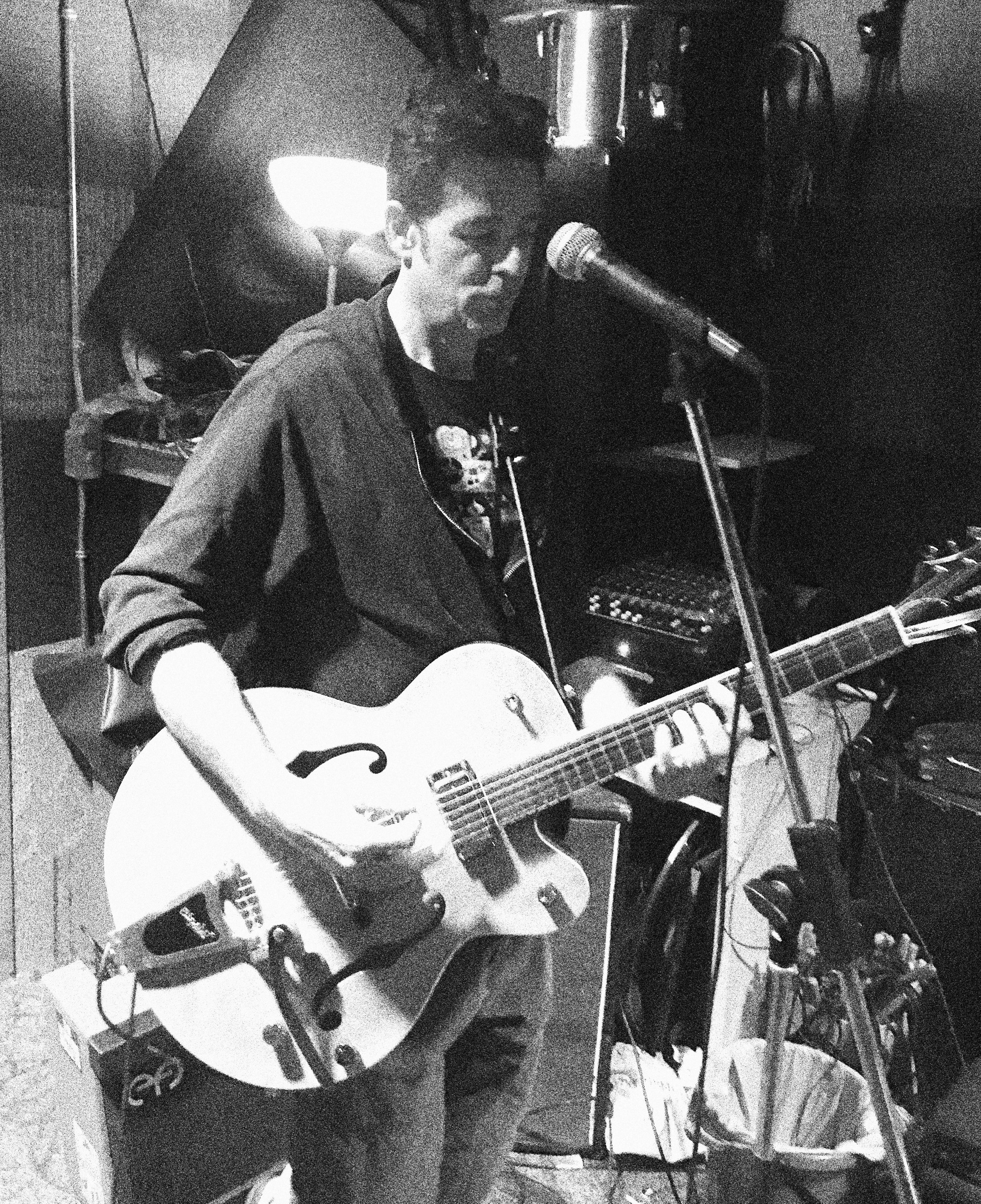