When you start a new band, it’s really important to find that one guy.

You know, the one who believes in it, and is driven to make it happen.  It’s invaluable, because when you have doubt, or get discouraged you need at least one guy to make you want to keep going.  And, perhaps,  to occasionally give you a kick in the ass.

What you’re looking for is a shared vision and  inspiration, otherwise, when things get tough (and they will) or you feel lost (you definitely will) you need someone to make you think it’s worthwhile to continue.

So you need a guy, the first guy, and here’s some things you're hoping for, at least if you are me:

1. A better musician that you are- you always want to be learning, and that means working with people better than you.

2. Good taste is music- they should at least be into some of the same music as you and hopefully totally dig some stuff that you’re really unfamiliar with.

3. Someone good with people. Because when you always live in your own head as I do, you are probably not.

So the guy in question:

the first guy to  join my dream to form a goth influenced band, the guy who named the band Christian and the Sinners, the bass wizard himself, Mr. Craig Reid. 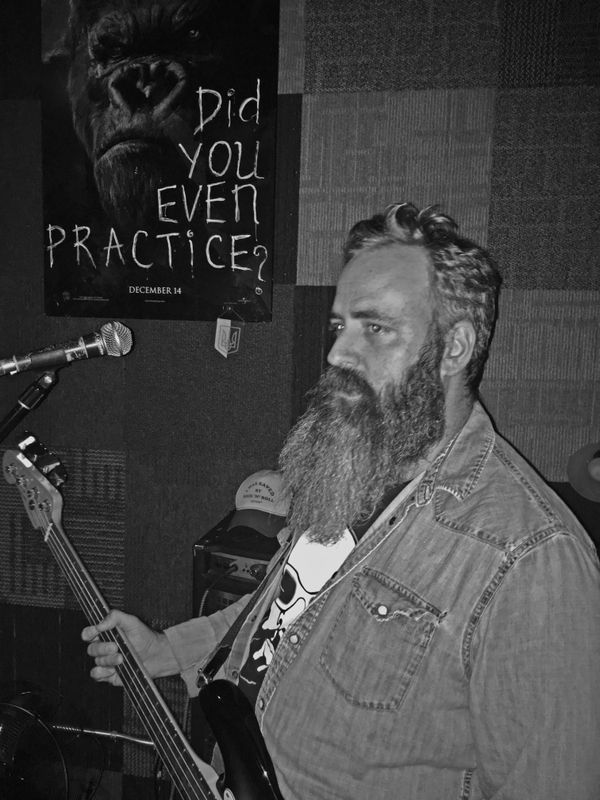